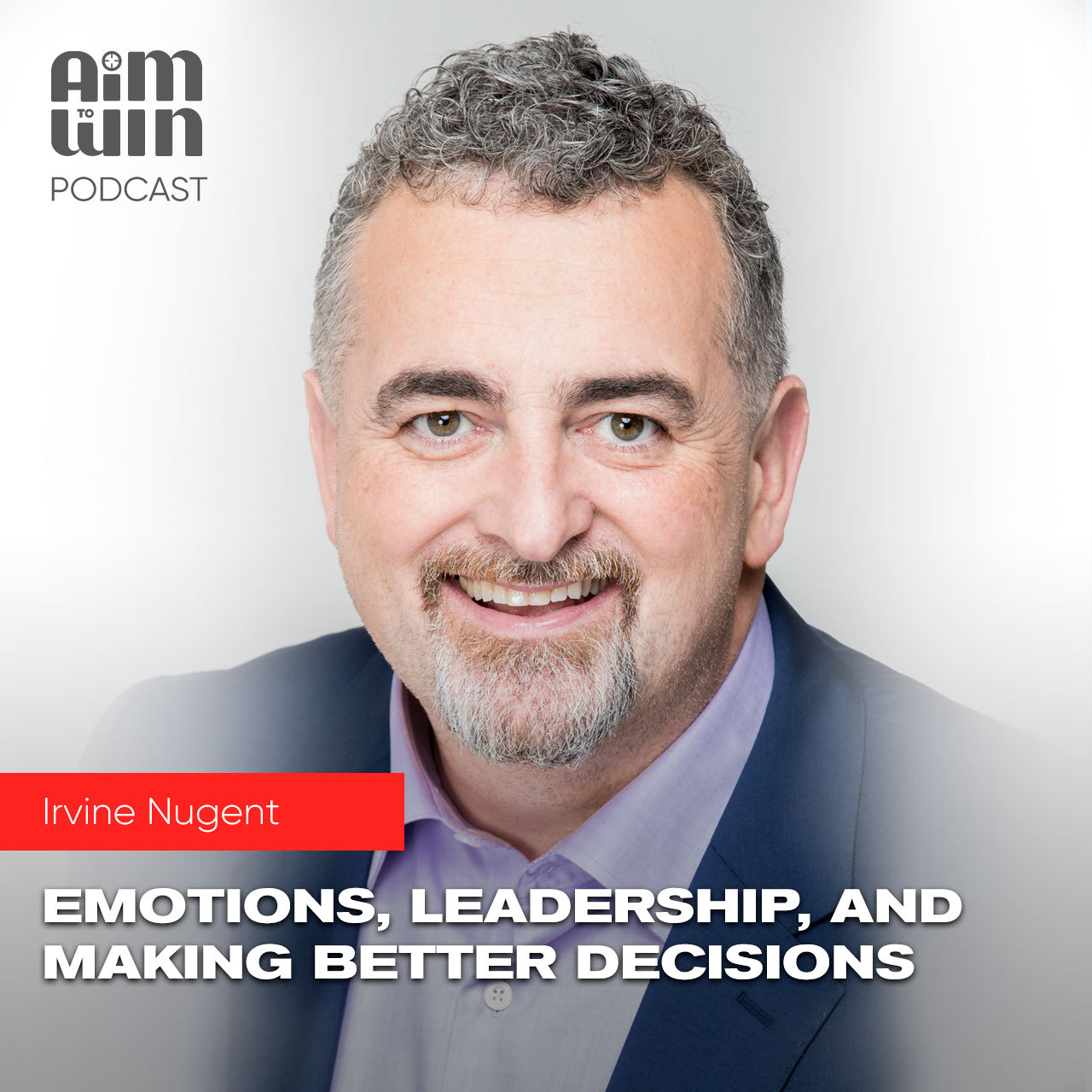 Irvine Nugent, Ph.D., helps people harness the power of their emotions so they can have deeper connections, make better decisions, and increase their influence. He is an internationally recognized trainer and top-rated keynote speaker and is one of the few worldwide certified FACS coders, who are experts in reading facial emotions. A gifted storyteller, his programs are infused with passion, dynamism, and of course his natural Irish humor. He is the author of Leadership Lessons From The Pub.

Who is Irvine Nugent?

Irvine is a Child of the Troubles. He was born into Irish society at a time when there was a lot of conflict and strife, and that has played out in his life in his pursuit to better understand people and their emotions. Now he helps leaders explore their emotional life so they can manage their emotional state and make better decisions.

Leadership Lessons From The Pub

Irvine grew up above a pub and it defined his formative years, even after it was blown up in a terrorist bombing and later rebuilt. In Ireland, the pub is a place where people go to tell stories, laugh, and below to a community, and there are a number of important lessons for leaders to learn from that kind of experience.

The owner sets the tone of the pub. Leaders often forget the power they have to do the same thing within their organization. Storytelling is also a common sight at a pub, and the ability to tell the right story can be a huge benefit for leaders as well. Conflict is also present in a pub, as well as the workplace, and we need to learn how to deal with it in a way that’s productive.

Conflict is inevitable. People have differences in opinion and that conflict can either be constructive or destructive. We have to try to make it constructive and lead to positive outcomes, rather than decay.

As a leader, you have to know your conflict story. Are you conflict avoidant, or do you thrive on conflict? Both approaches can cause problems so you need to know where you’re coming from.

The goal is to make the conflict about ideas instead of being personal. Sometimes your idea may not win, which may be uncomfortable, but that is part of great decision making.

It’s important to be able to acknowledge when you become defensive or overstep the boundary between people and ideas, instead of letting it fester. You can tell that someone is becoming defensive by observing some of the subtle signs they are giving with their posture. Try to be aware of when the person is closing down or moving away as those are indications that they are feeling attacked.

One of the more modern problems for people today is that it’s not natural to see yourself speaking, which is what happens for most people when they have Zoom meetings. This prevents them from taking in the non-verbal ques that the other person is giving.

If you have an important meeting on Zoom, hide the view of yourself. That way you can focus on your message and avoid misinterpretations of what you’re saying. If you want to speak with influence, position yourself a little further back from your camera so that your audience can see your gestures.

Storytelling For Leaders That Are Uncomfortable Telling Stories

Storytelling is the most effective way to communicate with someone. Story connects emotionally in a way that no other communication method does. If you can express your vision or data within a story they will be more memorable and impactful, which is exactly what you want as a leader.

The one thing that you’re not lacking is stories, you’re probably just not looking at your life that way. Create a story bank by looking for stories in your life and organization and then practice using the simple framework that all stories are composed of.

Everyone has the power to be a storyteller because that is how we communicate as human beings. The willingness to become vulnerable is what enables emotional connection, and that kind of work environment leads to many different positive benefits for the organization.

Our emotions are involved in everything we do and say. It’s not possible to completely remove emotions from the decision making process so we have to be very self-aware about our emotional state. We feel our emotions in the body before we become consciously aware of them, so pay attention to the tension in your body and muscles. That’s the first sign of your emotional state.

It’s also important to know what will set you off emotionally. You have to look at the patterns in your emotional state and what you need to do to recenter yourself after being triggered. When something triggers you, it’s often because a value you hold has been violated. When you feel that way, avoid making a quick decision to get things over with and instead, pause and reflect and give yourself enough time

We are biased as human beings towards words, but there is a valuable amount of information coming at us from all the non-verbal communication of the people we’re talking to. Take advantage of it.

Leaders set the mood and the tone of the organization. The most powerful thing a leader can do to harness the power of their emotions is be more conscious of their state and be aware of your intentions.