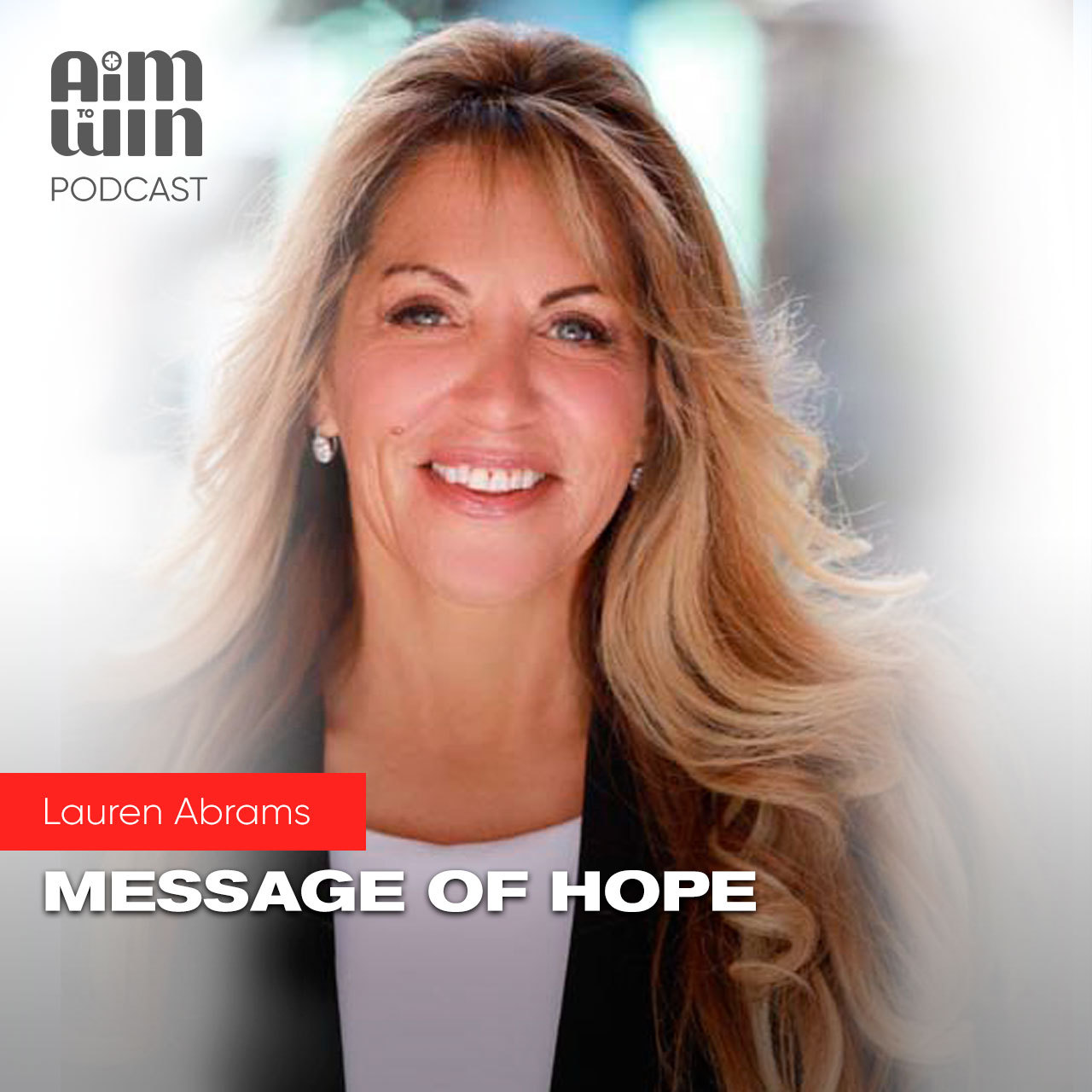 Who is Lauren Abrams?

Lauren Abrams is from the East coast and as a kid she felt like she never fit in. Her story is an unlikely one. Her high school life mainly consisted of partying and skipping school, and she ended up in rehab in her early twenties. It was in rehab where she found her reason to live and after a few years of being clean and sober she decided to put herself through school. She went on to attend UCLA and law school, received her Masters degree, and raised a family.

Her life had a number of ups and downs and she started to wonder what the point of it all is. She decided to go on a quest and interview one person each week for a year and ask them what the meaning of life was. After a while she started to see some common themes in the wisdom she was receiving and she thought that it would help people to hear what she was learning. This eventually turned into the 52 Weeks of Hope podcast where Lauren explores her guest’s message of hope.

How did you escape the path that you were going down in school?

It was a slow process for Lauren and she had to take it one day at a time. Giving back continuously has been a big part of her recovery.

It’s important to not compare your insides to other people’s outsides. Everyone tries to look perfect on the outside, especially on social media, but we don’t see how people are suffering on the inside.

Surrounding herself with people that build her up and have real conversations with her has been very important as well.

It wasn’t until Lauren started her podcast did she begin sharing her story of rehab and recovery, and it was because she was scared of how people would judge her. The truth is nobody really cares. Chances are the thing you are scared of sharing is what people need to hear the most. We are our harshest critics.

One of Lauren’s favorite stories came from an 80 year woman who has found herself feeling more free at that point in her life than at any other time. The pressure to perform is no longer there and if we could take that mentality and adopt in our lives we’d feel much more free.

If you’re having a hard time, write down three simple things you can do first thing in the morning. They don’t have to be large or complicated and getting three little things done right away is great for starting your day with a sense of accomplishment. When you’re struggling, as many people are during the pandemic, simple things can help considerably.

Even NBA Hall of Famers feel self doubt. Rudy Tomjanovich always had voices in his head that told him he wasn’t as good as everyone said he was, and he carried that self doubt around for decades. It wasn’t until he told someone else about them did he release the doubt and allow him to feel confident again. If you have secrets, let them out.

Lauren also interviewed Greg Boyle who rehabilitates gang members. It was there that Lauren learned that people just want to be seen and acknowledged, even hardened gang members.

If you feel like you are not what everybody thinks you are, you’re not alone. Michelle Obama, Meryl Streep, and Maya Angelo all have admitted to feeling like imposters. Nearly everyone has the sensation of feeling like they are not cut out for whatever it is they do.

It’s essentially about fear. You have to acknowledge it and keep going. Once you get out of your comfort zone the voices tend to get louder, but we have to remember that people are not thinking about you and even if they are, you can’t let those feelings stop you.

As long as you keep moving forward, your life keeps getting bigger and better. Whatever the situation is, moving forward is a good choice.

Everything always works out, maybe not on your timetable or in the way that you expected, but it will work out as long as you keep doing the work.