Showing Up As The Best Version of Yourself with Jay Thooft 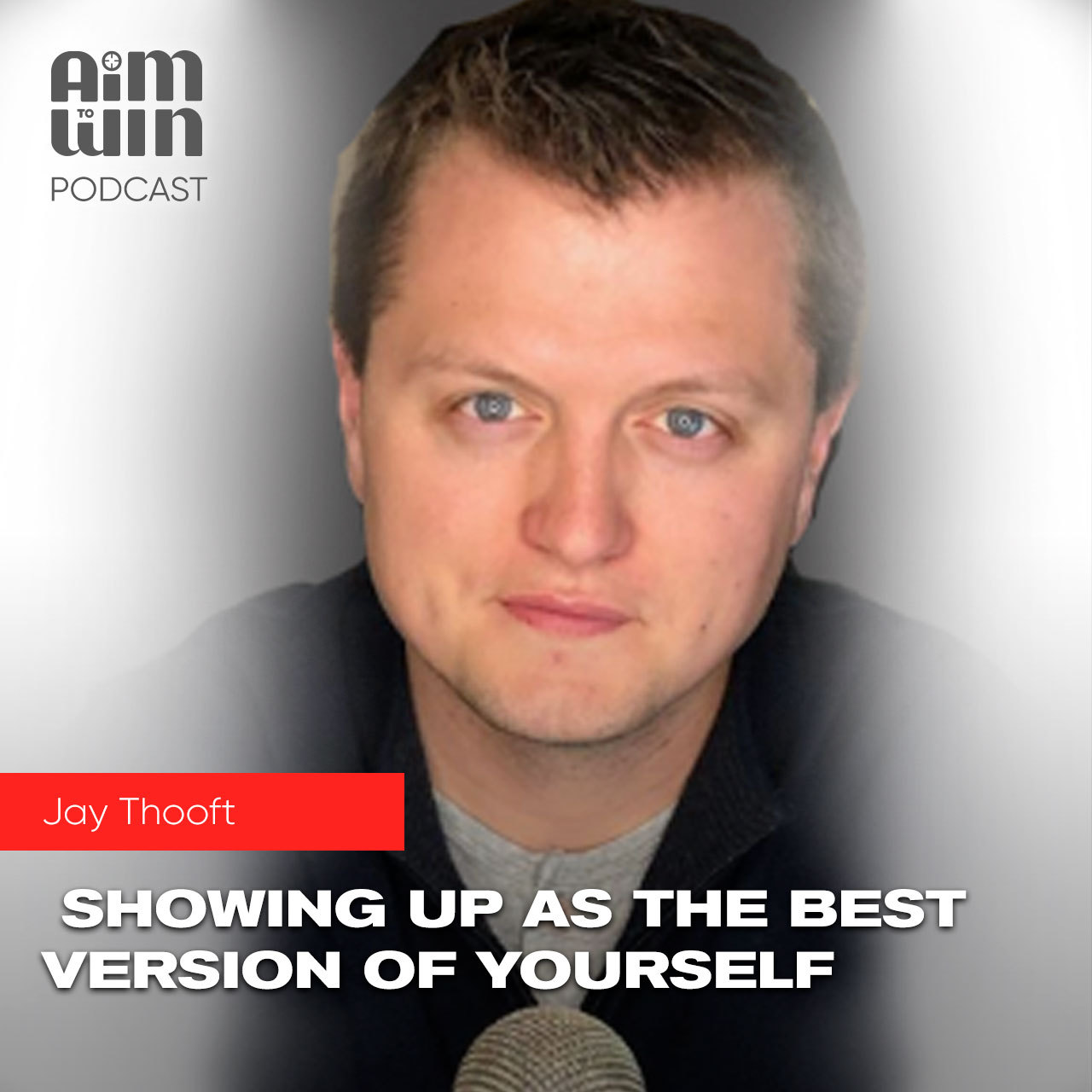 In 2016, Jay founded Performance Excellence & Recovery Consulting (PERC) – a consulting firm dedicated to providing developing athletes the tools necessary to elevate their mental game and perform in the face of stress, pressure, and adversity.

Before PERC, Jay spent several years at the United States Olympic Training Center in Colorado Springs spending hundreds of sessions working with the world’s best athletes to elevate their performance. His work at the USOTC led to a realization that it wasn’t just athletes at the highest level that needed high performance psychology training – it was all athletes that stood to benefit.

Jay has helped thousands of athletes, performances, corporate executives, and business owners achieve their goals by elevating their ability to mentally perform so they can show up as the best versions of themselves in those moments that matter most to them.

Jay grew up between two large farm families in South Dakota. He was an athlete for a long time but realized pretty quickly that he had a division 1 brain but not a division 1 arm so he had to forego athletics as a profession. Jay moved down to Denver and got his degree in High Performance Sports Psychology, which led to a brief stint at the Olympic training center and preparing the Olympic team for the 2016 summer games.

Jay’s experience up to that point led him to realize that the resources and tools accessible to high level athletes would be even more valuable if they were made available to developing athletes and performers. Jay started his own company doing just that and it has since expanded to helping corporate executives apply the same principles to their career. At the end of the day, we are all performers. We all have different roles in our life and are trying to optimize our performance in those roles.

The environment that elite athletes perform in is very rugged and demanding. It creates a lot of pressure and stress and the potential to experience adversity, and there is a lot of overlap in the high pressure corporate environment.

For both groups, everything starts with identifying what’s holding the individual back from being the best version of themselves. Every single one of us has an optimal mental state, which is made up of what our mind can do and how our mind feels. We tend to focus on the feeling aspect and forget what the mind is capable of.

When you are at your best, there is a certain mental state that you are able to achieve. Once you know how that feels and works, you can start to look for things that take you out of your optimal mental state and identify the skills you need to achieve that mental state consistently.

What are some of the most common barriers?

Emotions can be a big barrier to optimal performance for most people. As people come to identify with what they do, the emotion they feel often dictates their behavior. When they feel that emotional experience, it almost always takes you away from what you need to be doing.

When you feel an emotion that is hard to feel like fear or anxiety, you will often do whatever you can to not feel that way anymore. You have to change your relationship with your emotions because there is no rule that says that you can’t take the right action. Attempting to ignore the emotion or change how you feel will usually just reinforce the emotion.

The brain functions with images, and the issue is that there is no image for “don’t”, which is why telling yourself “don’t be afraid” will ironically make the fear emotion more powerful. If you feel afraid, identify the emotion as fear and figure out what action you should be taking in the situation and do it anyway.

You are allowed to feel however you feel. You can still do the things you need to do.

In high performance areas of life, there is a common mindset that uncomfortable emotions need to go away because the brain is perceiving it as a threat. Take a step back from the situation and try to find objectivity, so that you don’t become inhabited by the emotion. You can recognize and own the emotion without being controlled by it.

Of all the skills that high level athletes use, their biggest superpower is self awareness. Self awareness is like a radar for how you feel and how it manifests as action. It allows you to break the unproductive patterns in your behavior.

Professional athletes already have access to a number of resources and people to help them perform at their best. The same is typically true for the corporate world. For the longest time, there has been an attitude that either you have it or you don’t, but there is very little in this world that can’t be trained.

For people with the potential to perform at a high level but who have run into an obstacle that prevented them from breaking through, they can benefit from coaching, advice, and resources. Many people get stuck at a lower level than what they can achieve because of something relatively simple to fix, they just need a little help to break through.

In the corporate environment, how much of the glass ceiling preventing people from advancing is self imposed by the company by the mindset of the people at the top?