The Power of the Subconscious Mind with Matt Aponte 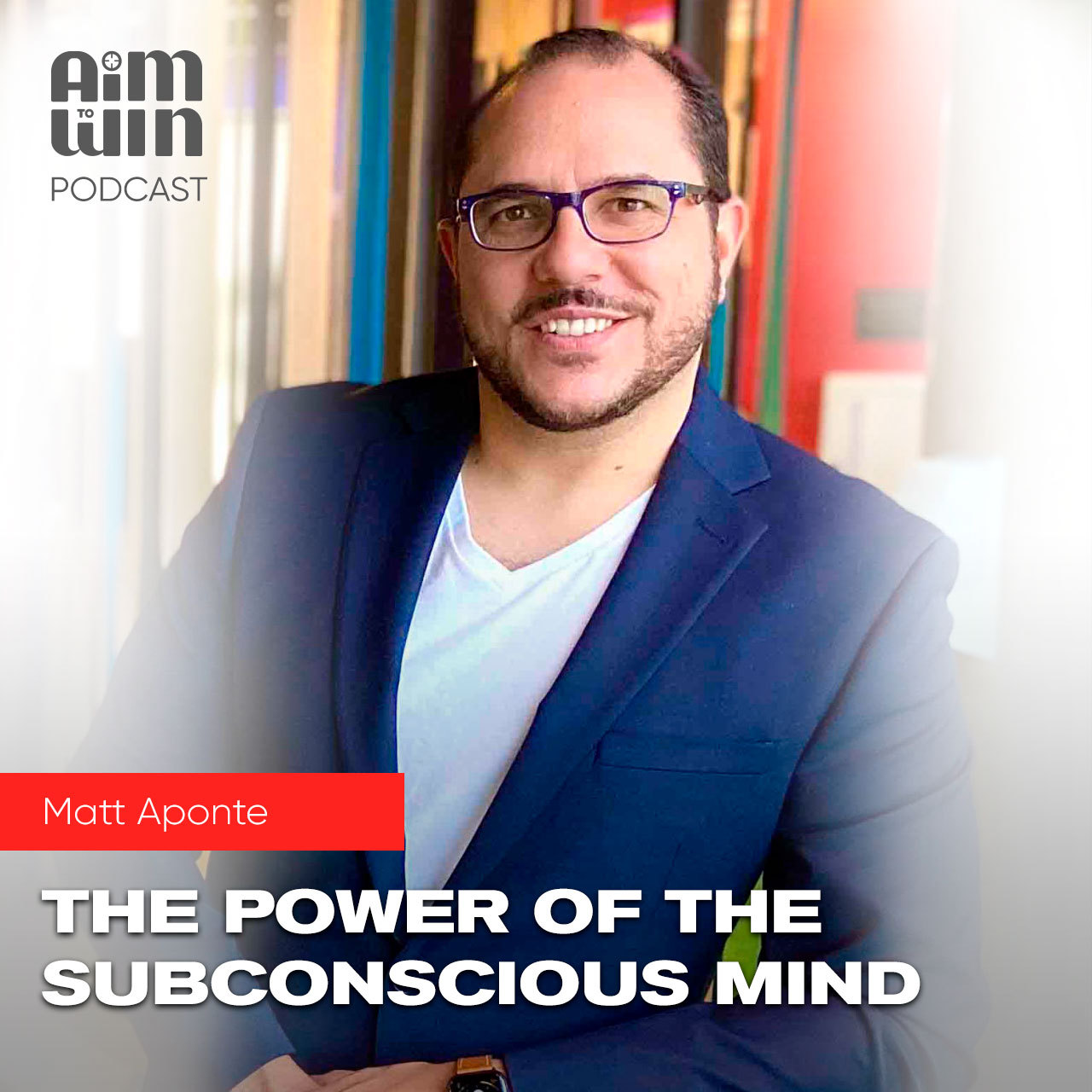 Matt helps people of all backgrounds, shapes and sizes, live a limitless life by providing them with the tools needed to take back control of their automatic success mechanism and program it with their own carefully crafted version of success so that success then becomes automatic.

As a consciousness expert, Matt also shows them how to use and enter any one of the 5 states of consciousness at will to achieve high levels of productivity, laser like focus, insane creativity, boss level sleep, and unlimited learning potential.

Matt is the Founder of ISO-Sync Labs LLC which is a cutting edge brainwave entrainment technology company that allows anyone to be able to take advantage of higher levels of consciousness, sleep their best sleep, eliminate stress & anxiety, attain unshakable focus, and create their own limitless self all simply by pressing play.

Who is Matt Aponte?

Matt began his entrepreneurial journey at the age of 16 but it wasn’t until going through the corporate world for a few years did he really jump into running his own business. Two short years after going full-time entrepreneur, the 2008 crisis wiped Matt out. He lost his wife, his house, his car, and his income. At the lowest point in his life, a friend gave him the book Think and Grow Rich which opened Matt up to the idea that we create our own reality based on our thoughts.

He became more determined than ever to be successful as an entrepreneur. After realizing that the reason his business never quite did as well as he hoped or always seemed to cap out at a certain point was his own internal beliefs around money, he started looking into neuro-linguistic programming to undo those beliefs and unlock his potential.

He became so passionate about living a limitless life that he stepped away from his digital marketing agency to let it run itself, and started focusing on coaching other small business owners to remove their own limiting beliefs. Building the person within saved his marriage and his business, and that’s why he’s so passionate about helping others do the same.

Becoming the change you want to see in the world is simple, but it’s everything. When you reprogram your internal belief systems, it has an effect on your external reality.

How do you reprogram your beliefs?

Matt originally thought the only way to really change your beliefs deep down was to explore past trauma and childhood memories, but there are other options. Matt likes to think of the process as debugging your script.

If we know which limiting beliefs are holding us back, all we have to do is overwrite them. Neuro-linguistic programming allows us to do just that. Using specific formatting of words done in a brainwave state allows you to change the programming of your subconscious mind without the filter of the conscious mind getting in the way.

Some people are more open to the ideas of their limiting beliefs holding them back than others. Matt uses science and research to reveal the reality of the power of the subconscious mind to entrepreneurs who think it’s a little too “woo-woo” for them. A little explanation and scientific documentation is usually enough to convince someone to give it a try.

He does this through education on how the body and mind works and to get clients into a state of awareness. This state of awareness creates a biofeedback loop that allows you to tweak your own perceptions. This empowers the person from within to gain the understanding and wisdom they need to make improvements to their life.

Some people want to be a good leader, spouse, or partner, but deep down inside they don’t feel like they are or should be. This leads to self-sabotage and a self-fulfilling prophecy. When your mind and beliefs are in alignment with your goals, that’s when you can enter a true flow state and you experience a lot less friction in your life.

The Automatic Success Mechanism is a term coined by Maxwell Maltz, the author of Psycho Cybernetics. In the subconscious mind, it means achieving and following a preprogrammed set of functions. As humans, our mechanisms are created between the ages of 2 and 7 when we are absorbing everything that happens in our lives, and your brain uses the environment to build its programming.

From 7 to 12, we spend a roughly equal amount of time interacting and understanding the world. After that point we are fully in the beta brainwave state where we are fully locked into the reality of the world and our Automatic Success Mechanism is established.

The important point to understand is that your Automatic Success Mechanism won’t necessarily point you towards good choices for your thriving. You need to identify the parts of your programming that aren’t serving you well and change those parts of your subconscious mind.