Corporate Leadership Lessons From 1,600 Missions in Iraq with Mark Ashby 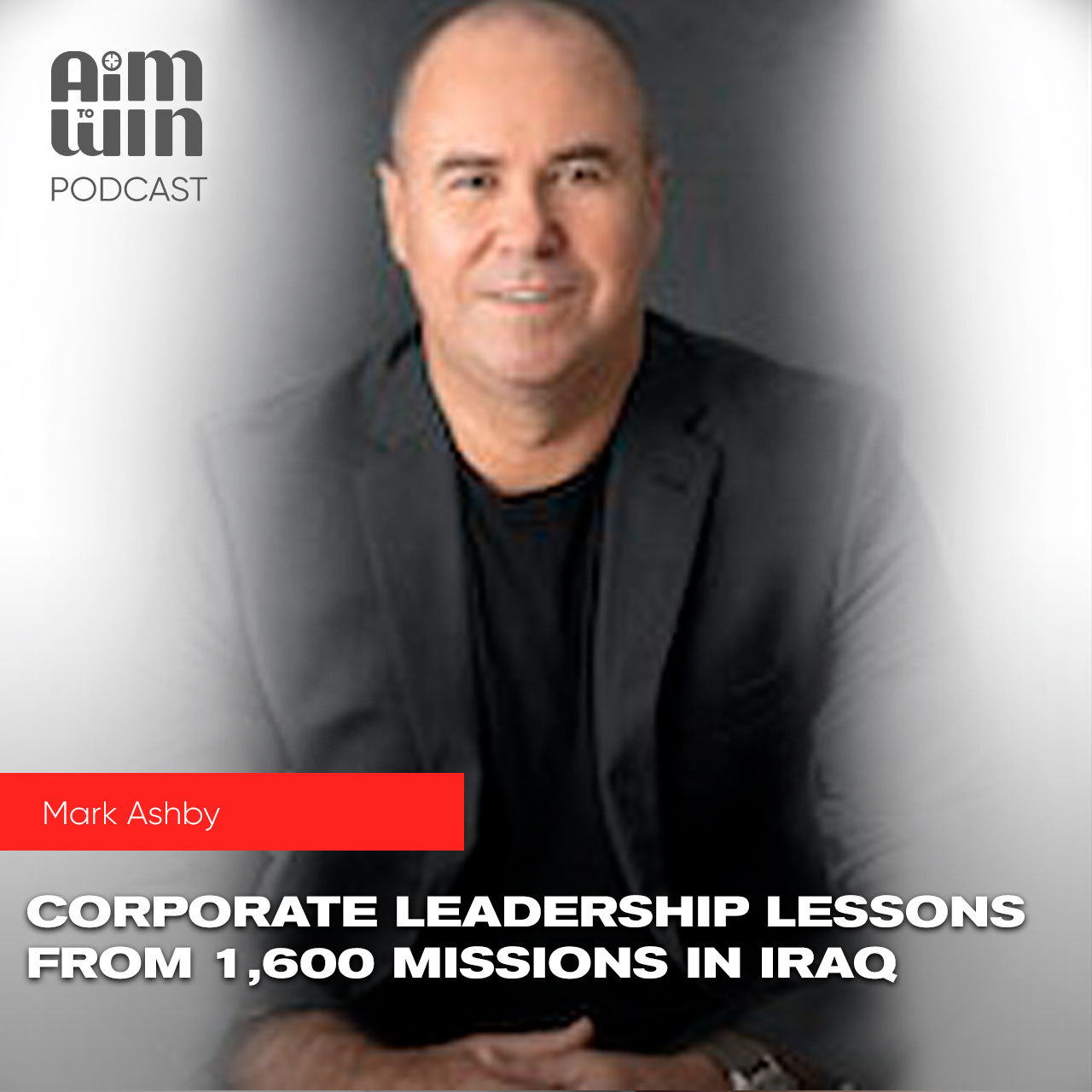 Mark Ashby is an Australian consultant, former surfer and paratrooper with 40 tours and over 1,600 missions in Iraq. He brings everything he learned on the field into the corporate world – and shares it all on the show: key elements that impact today’s leaders, how to develop resilience and how to get the best out of people around you.

Who Is Mark Ashby?

Mark Ashby is a consultant that helps corporate leaders, executive managers and CEOs become the best leaders they can be.

A former surfer hailing from the beaches of northern Sydney and a paratrooper with 11 years, 40 tours and over 1,600 missions in Iraq, he brings everything he has learned on the field to the professional world.

Mark’s Story: How He Got to Where He Is Today

Mark grew up on the northern beaches of Sydney. Trading time between a surfer and an electrician in his mid-20s, he decided to follow his passion and interest in the army and joined it.

He served as a member of the paratroopers unit and did an operational tour of East Timor, before heading to Iraq as a private contractor in 2004, where he worked shoulder-to-shoulder with the U.S. army and did a bit of advising with the U.S. State Department, all while living in one of the American embassies in Iraq.

He returned back to Australia in 2016 – after 11 years, 40 rotations and some 1,600 missions in Iraq – not really sure what to do from a career point of view. After a friend invited Mark to work with him in the risk management sector, Mark got into the speaking circuit and decided to embark on a new journey: to be the first member of his family to go to university.

His master studies helped him shape his business idea and contributed to the launch of Mark’s consulting firm.

Being confronted with a life and death situation for years, there’s a key lesson Mark learned from the field and took with him into the corporate world.

That’s the ability to surround yourself with good people and focus on getting the best out of those around you. It’s about leadership and resilience, and being able to turn complex scenarios into simple ones.

And that’s something Mark focuses on when working with clients at senior management or CEO level: helping them through insecurities and hard times, and turning what they thought was unachievable into something that’s achievable.

This Is How Leaders Can Get the Best Out of People

‘You have to lead from the front,’ says Mark. Leadership isn’t about pointing fingers and telling everybody what to do, you need to be prepared to do it yourself.

Most leaders have started from the bottom, they know what it takes. This means that, to be a good leader and to get the most out of your employees, you need to retake that mindset and shift that paradigm a little bit.

Over the years, Mark has worked with several incredible leaders and they all share a common trait: they inspire the people that work for them.

Why Resilience Matters – and How to Develop It

Resilience has different layers and comes in different forms – just think of the last couple of years, with the pandemic. To some people, resilience has been trying to pay their mortgage off, while for others it’s been about keeping their small business running.

Being resilient means being able to navigate the hurdles and obstacles, while still trying to get the best out of yourself not only to survive but to actually thrive.

Quite many leaders underestimate their own levels of resilience and don’t get to see them until they’re actually pushed to that limit. But it goes beyond that.

Being a resilient leader means enhancing people and their strengths, while also helping them with their weaknesses.

‘Think about the legacy you want to leave behind as a leader,’ says Mark.

How Mark Has Seen Leadership Change Over Time

There’s no denying it, leadership – and the world more in general – is way different today than what it was when Mark was growing up.

Global connectivity and the new generation are two big phenomena Mark has seen being a defining factor that has forced leaders to either adapt or be prepared to be pushed wayside.

Just think about the real social changes the world is seeing right now, the increasing presence of women in positions of power, for instance. It’s all impacting the world, leadership and leaders included.

How a Leader Can Perform Well in Tough Situations

For Mark, having complete clarity on your objectives is imperative. You want to know what your strengths and weaknesses are and think about the team that surrounds you.

Being able to perform in tough situations is about mission planning and believing in yourself without being arrogant.

When thinking about his time leading teams back in Iraq, Mark states that ‘ as a leader, you can’t bluff your way there’. Whenever Mark and his team went out, they had a 7% chance of not making it back to base.

While it’s undeniable that not many people can really operate under those circumstances, and do so effectively, it’s important to try to be focused on your objectives and on getting the job done.

And in a society that’s moving faster than ever before, Mark suggests actually taking a step back, have a thorough look at the decision you’re making and do so by looking at the positives and negatives.

Collapsing your emotional charge is an important trait for being a great leader. Focus on really breaking down the decision you need to make and take emotions out of the equation – focus on assessing the positives and the negatives, then act.

Taking Emotions Out of Decision-Making

Mark believes that, when it comes to making decisions without being influenced by the emotional component, you should put everything in context. It’s about the big picture and having a no-excuses mindset where you just focus on your plan on carrying on.

This is easier said than done, especially at a top management level. Mark shares that when people at the top of an organization don’t buy in, then it’s typically harder for such change to occur. And that’s because some people don’t want to be helped.

Mark’s approach is to take people out of their professional environment and have conversations on a wide variety of topics. Respect is key, and this is something he has learned working with people of different cultural, ethical, and religious backgrounds.

Be an active listener, be respectful and responsible. When you return to the work environment, you’re probably going to see a positive change.And remember: being respectful doesn’t only apply to others but to yourself as well. Be respectful of yourself and ask yourself key questions such as ‘What’s the reason why I started my business?’, ‘Am I happy to go to work on Monday morning?’, and ‘Am I happy in my day-to-day life?’.

Free Masterclass: How to Be a More Effective Leader