Emotional Listening: The Skill The World Should Learn 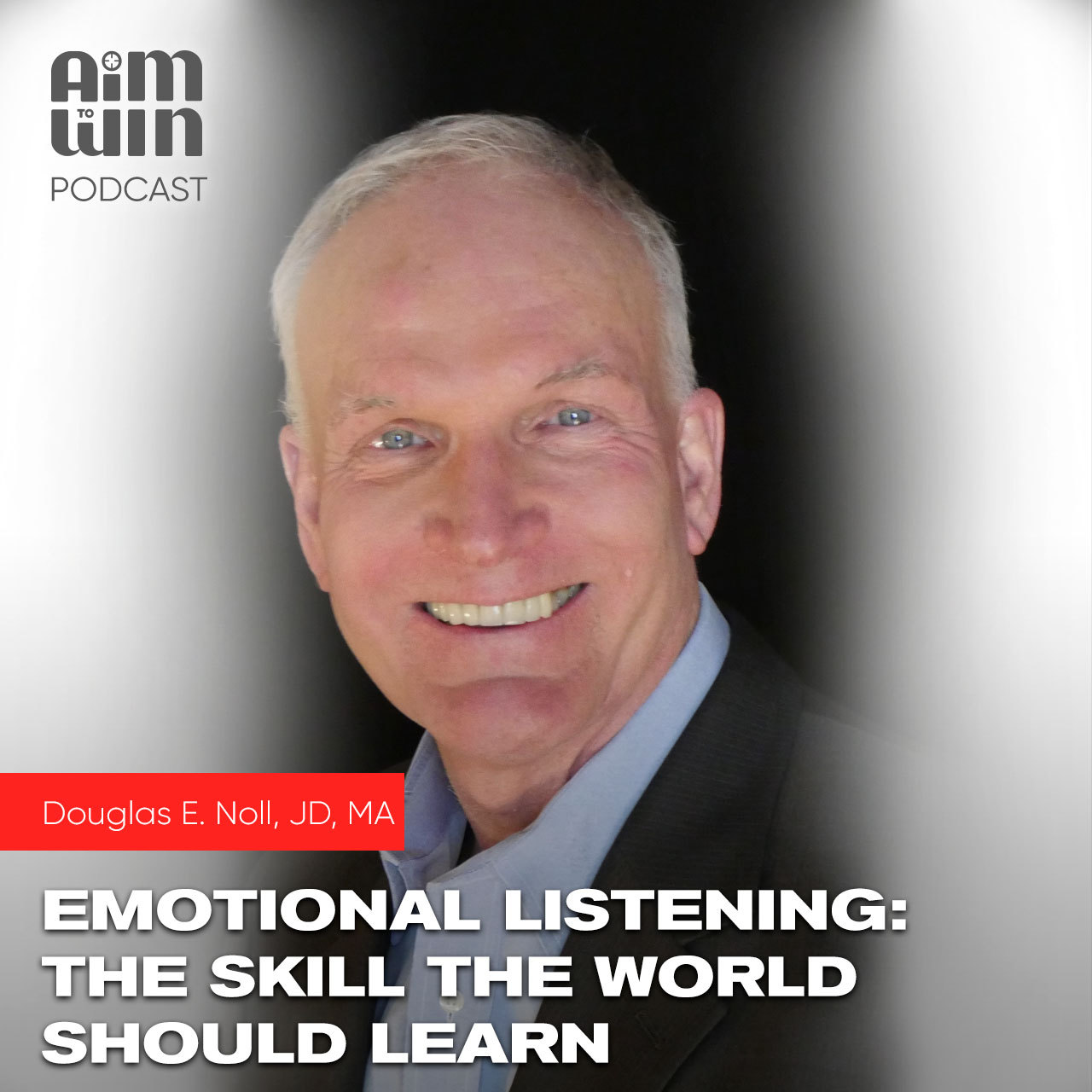 Doug Noll, JD, MA left a successful career as a trial lawyer to become a peacemaker. His calling is to serve humanity, and he executes his calling at many levels. He is an award-winning author, teacher, and trainer. He is a highly experienced mediator. Doug’s work carries him from international work to helping people resolve deep interpersonal and ideological conflicts.

Who is Doug Noll?

People often wonder how Doug went from being a trial lawyer to a peacemaker. After trying over 200 cases in court, Doug decided to go back to school and get his Masters degree in Peacemaking and Conflict Studies, which awakened him to the possibility of helping people resolve conflict without litigation. He walked away from his very lucrative practice to open up a mediation and peacemaking practice.

10 years later Doug recalls the story of a difficult conflict involving a divorced couple where he had the insight that people need to listen to emotions more than the words we use.

A study in neuroscience three years ago explained the underlying principle that Doug had realized and led to Doug starting the Prison in Peace Project with his colleague. They now teach some of the most violent prison populations in the world how to be peacemakers and listen to emotions. This grew into a best selling book, teaching online courses and workshops, and more.

Leaders that understand this process and how to use these skills create loyal and dedicated followers.

Listening To The Emotions

The technique is easy to describe but difficult to get used to at first. The first step is to ignore the words, especially when it comes to anger. With anger you don’t have to spend any effort listening to the words and this comes with two advantages: you won’t get triggered and it gives you the energy to do the rest of the work.

The second step is to let your brain read the emotional data field. We have the natural ability to read someone else’s emotions 100% accurately. The reason we don’t develop this ability is the myth that we are rational beings when we are emotional beings first. Sit in silence and process the emotional information.

The third step is to repeat back to the speaker with a “You” statement what those emotions are. This keeps going for about 30 to 90 seconds until the brain calms down. The relaxation response is automatic because that is the way the brain is hardwired.

Emotional intelligence can be taught because it’s a test. What you can learn is emotional competence which is emotional awareness, emotional regulation, and empathy.

When you practice the idea of listening to emotions you are building up your own emotional regulation and awareness. Emotional competence allows you to be powerful without being soft and anybody in a leadership position needs to master this skill to be effective.

96% of families are emotionally dysfunctional so the odds are that the people in your organization are going to be emotionally shut down or defensive, and not functioning at full capacity. When you create a space of psychological safety the performance of your team excels, which has been borne out by studies done by Google.

The best way to practice is to go into a safe space where you can’t screw up. Doug recommends going into a Starbucks and noting that your barista is really happy that day. Doing that emotionally validates them and will cause them to want to connect with you. Don’t inject it into preexisting relationships until you’ve practiced for a few weeks.

You can do this as a group as well, once you’ve mastered the skill as a leader. Anytime there is a change in management or there is a conflict to deal with, listening to emotion is the go-to skill.

We have a limited number of emotional responses, and once you become emotionally self-aware you can understand what someone else is feeling.

The Prison of Peace Project

Doug started the project in 2010 in some of the most violent women’s prisons in the world. The results were incredible and within six weeks of starting the program Doug had 300 women on the waiting list.

After roughly 8 weeks of practicing the skills, Doug has seen thousands of people transform. Of the thousands of prisoners that have been trained and released, there has been zero recidivism.

Don’t invalidate the other person’s emotions. There are hundreds of phrases that we use to put someone down in an effort to soothe our own anxiety.

Don’t go to problem solving. Your job is not to solve their problem, that’s just another effort on your part to reduce your anxiety around their emotions.

Don’t withdraw and become emotionally shut down. Don’t get defensive, and never apologize to an angry person. Wait until they calm down to find out if you’re really at fault or not.

Don’t get triggered and strike back with your own violence.

De-Escalate: How to Calm an Angry Person in 90 Seconds or Less