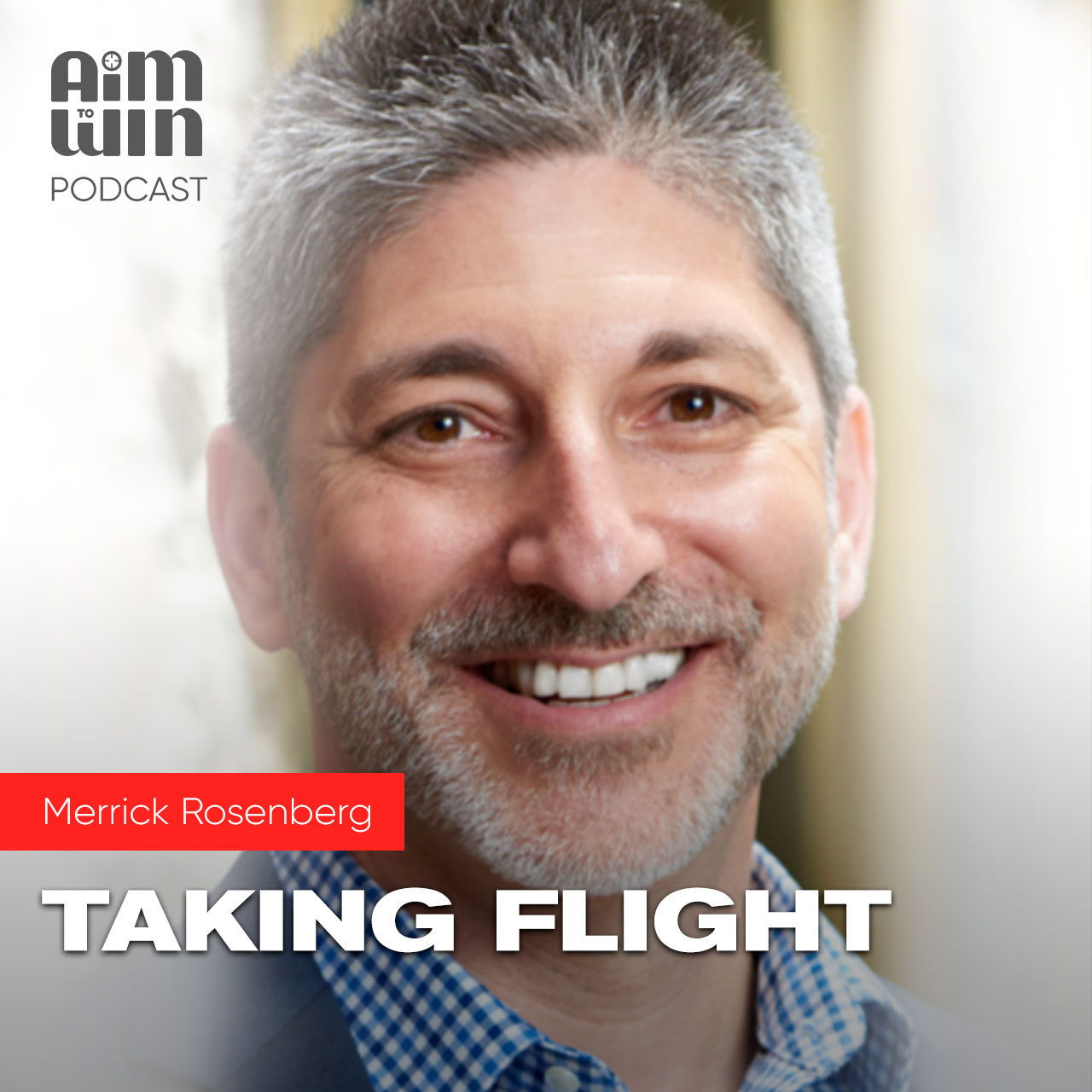 Merrick Rosenberg co-founded Team Builders Plus in 1991 and Take Flight Learning in 2012. He is the author of Personality Wins, The Chameleon and Taking Flight, three books about personality. Under Merrick’s leadership as CEO of Take Flight Learning, his company has been selected as the New Jersey Business of the Year and named one of the Fastest Growing Companies and Best Places to Work in the Philadelphia area.

Merrick received his MBA from Drexel University who recognized him as the Alumni Entrepreneur of the Year. Merrick has worked with more than half of the Fortune 100 companies in the US and around the world.

Who is Merrick Rosenberg?

Merrick’s story starts in 1991 while he was working on his MBA in Organizational Behavior. That’s when he discovered team building, and once he graduated he started one of the first team building companies in the US. This developed into teaching people personality styles and how they interact with each other and became the basis for another company called Take Flight Learning.

Instead of a matrix of letters, Merrick’s system uses four birds to categorize personality. Eagles take charge, and are direct and results oriented and confident. Parrots are fun, social, and talkative. Owls are logical and analytical, detail oriented and want to do things right. Doves are harmonious and caring. We are all a mix of the four types but one or two usually come to the forefront.

We tend to create environments for themselves. This becomes a challenge for leaders if their team is composed of personality types different from their own. When it comes to team dynamics, you have to think about more than just your own style.

You could hire people just like you, but you would be missing out on the advantages and benefits of the other personality types. It’s a diversity of thought within an organization that allows you to accomplish incredible things.

We often don’t realize that we are imposing our style on others or creating an environment for ourselves. Once people start thinking about the different styles, they become conscious of the requirement to staff their weaknesses.

Once someone becomes aware of the different personality styles it’s hard to forget about them when hiring. For some parts of the organization, there are going to certain personality types that work better than others, but it’s important to realize that your team is made up in that way. Once you are aware of your own personality type, you can tap into other areas when needed.

There is a tendency to think that whatever personality we have and way of doing things we use is the best way, but there is a lot to learn from other personality types. Each has their strengths.

The most self-aware people are the most successful. The more self-aware you are, the more likely you will put yourself in a job where your personality strengths will shine.

Find people that want to do the things that drain your energy because they enjoy them. If you can do that, your time will be better served, and you’ll be more energized and more productive.

When hiring, you need to consider personality alongside experience and work history and skill set. You should be thinking about what type of person you need or how to fill a personality gap on your team.

Interpersonal relationships are the source of a lot of conflict and stress for leaders, and that’s because they haven’t paid attention to the personality types that make up the team. Whatever the outlier style is within your team, they have a very valuable perspective that you have to be aware of.

The Best Personality Type for a Leader

Leaders come from all personality types and anyone can be a great leader. It’s important for managers to understand that the stereotypical Eagle leader isn’t the only way to get things done.

Trying to be a style that doesn’t fit you naturally doesn’t work. Play to your strengths.

A leader will always create a culture based on their own personality type, but it’s important to create culture consciously. We can always tap into all four styles, but it will take energy. Like a muscle, your ability to tap into the other personality types will improve the more you go out of your comfort zone.

To be a successful leader, you have to be able to play in all four spaces because you will have all four styles reporting to you. Instead of just imposing your style on everyone, honing your skill in communicating in a way that resonates with all four styles will make all the difference.

When it comes to being a leader, a lot of your success comes down to thinking about who you are talking to and what they need.