Organize Your Way with Kelly McMenamin 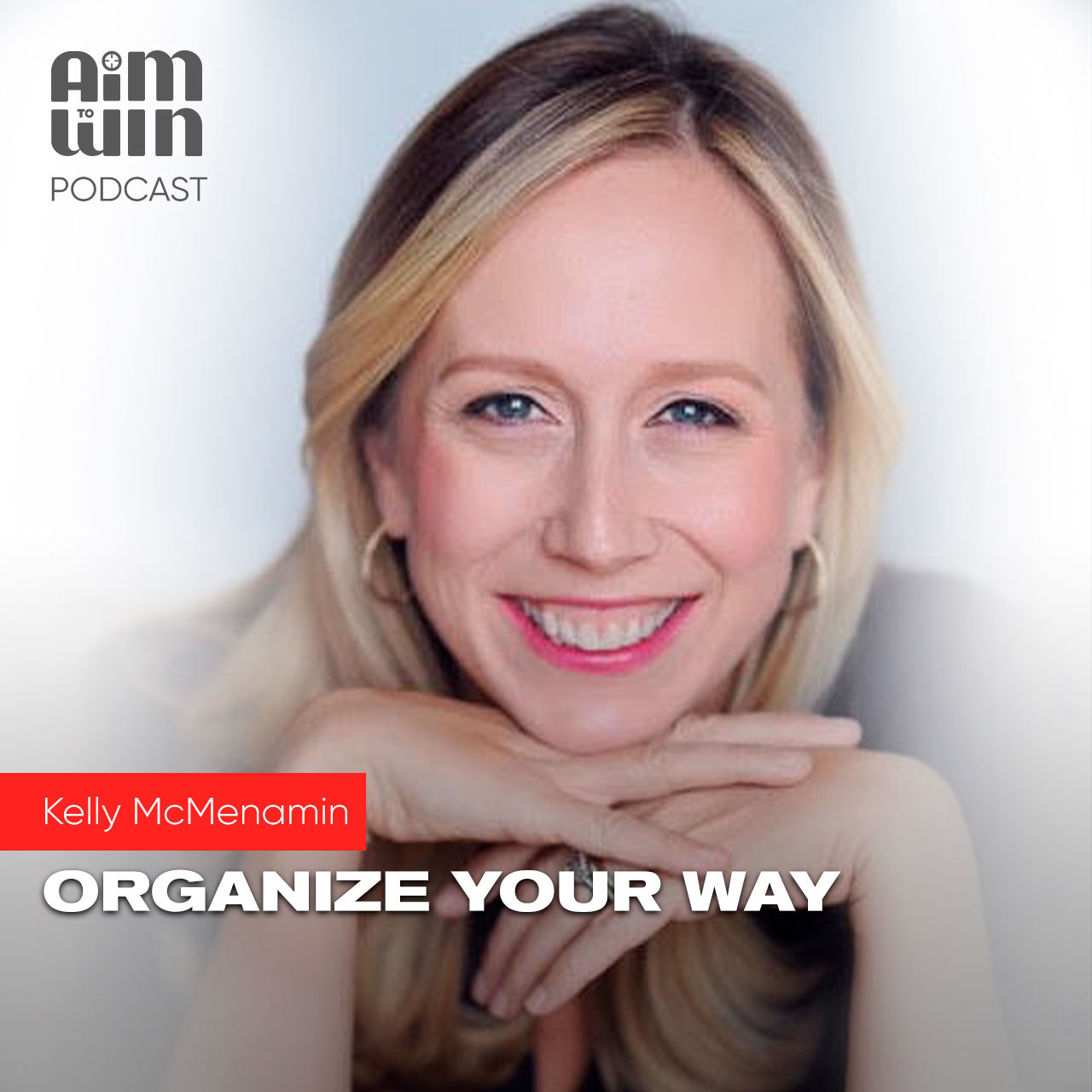 Kelly McMenamin is an author, organizing coach and speaker and co-founder of PixiesDidIt!, a company dedicated to helping clients organize according to personality type. The company motto is that while life isn’t always easy, organizing it should be.

Kelly is co-author of “Organize Your Way: Simple Strategies for Every Personality” ‘(Sterling Publishing). Prior to PixiesDidIt!, Kelly worked as a hedge fund analyst at the Federal Reserve Bank of NY.

She holds a B.A. from Barnard College and an M.B.A from The Tuck School at Dartmouth. What PixiesDidIt! discovered after over 10 years of field research is that how you organize is hardwired in your brain. The trick to getting and staying organized is building systems that work for you. Organization isn’t about making it perfect. It’s about finding stuff when you need it.

Who is Kelly McMenamin?

Kelly did not start off as a professional organizer, but as a hedge fund analyst. She was always focused on organizing her life as a kid but never thought to use that superpower until her sister approached her with the business idea of organizing. Kelly spent a large amount of time trying to get her sister to organize in the same way as her but it wasn’t until a strange realization did she start thinking about how unique we all are.

This experience became the foundation for the book Organize Your Way and the basis for their organization business PixiesDidIt!.

Are there any other benefits from being organized?

Being organized reduces stress. A lot of times Kelly tells her clients that they are already organized, it’s just a matter of doing a couple of tweaks to the systems you already have to formalize it and make it easier for other people to interact with it.

Over the past 10 years, Kelly and her sister recognized that there were four overarching categories of organizing personality types. On one end are the Classics, the traditional organizers, and at the other end of the spectrum the Organics. In between those are the Smarts and Funs. It’s important for people to realize who they are so they can set up systems that work for them.

How do we figure out what kind of organizer we are?

Take the personality quiz on pixiedidit.com to get a start on identifying your personality type, but you can also just your intuition. You will probably start recognizing people you know going through the quiz and gain a better understanding of how they operate.

Once you start working with Kelly, the first step is a series of questions to understand what systems you already have in place and who they are by instinct. Your personality type is a lot like whether you are right or left handed, so it’s really about trying to get down to the true nature of what comes naturally, so you can get things done without being stressed out.

Humanity can generally be separated into two groups: Filers and Pilers. When Kelly starts working with someone that’s what the questions are going to be about. Filers are the ones that want the majority of the clutter hidden away with Pilers being more tolerant of clutter.

Classics and Funs tend to be more detail oriented and want things hidden away. Your personality type applies beyond the clutter in your house, it also determines your schedule and preferences towards routine.

Classics love agendas and to-do lists. Organics tend to go with the flow and Smarts tend to fall into leadership organizational roles.

In terms of time management, how someone manages their things has some connection to how they handle their schedule but there’s a lot of variation as well.

Zoom and remote work has made the different ways of organizing life bleed together. You really need to figure out a system that works for who you are and functions for both roles.

If you’re a Piler, you don’t necessarily need a filing cabinet. You could use bins that allow you to see the pile within and as long as they aren’t sitting on your desk you can make that system work.

People need to remember that the filing cabinet is a relatively recent invention. We’ve been using piling systems for hundreds of years and we can use both. It’s important to figure out what system works best for you.

Kelly doesn’t encounter as much resistance as you might guess since she tries to work with a client’s existing systems.

Organization isn’t about perfection, it’s about retrieval. If people understand that, they will start setting up their systems differently. Something as simple as being able to get your frying pan out without having to lift anything else out of the way can make your life surprisingly better.

Getting organized doesn’t have to take a ton of time. Starting with your entrancing way is always the first step. Get an inbox or cubby for every person in the household so they have ownership of their own space. Repetition makes adopting the system much easier.

People don’t usually feel unorganized until they are judged by someone else. One of the biggest tasks that Kelly helps her clients with is finding a system that compromises between two personality types.