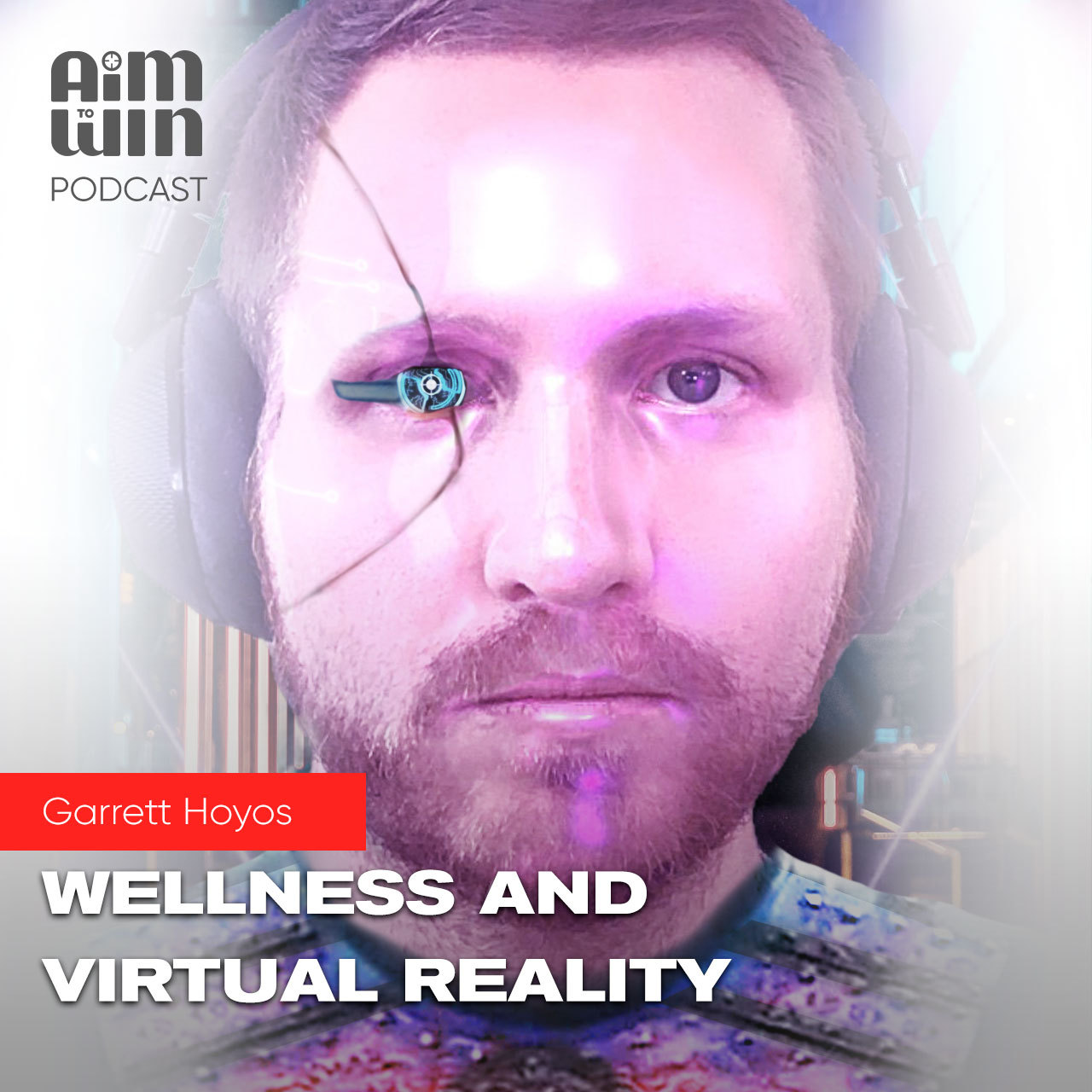 Garrett Hoyos is the Founder of AuthentiCity VR. He is pioneering a movement towards virtual and in person wellness experiences to create gratitude, compassion, and forgiveness. He spends most of his time connecting to the most exponential and conscious executors in the world.

He sees Virtual Reality, Blockchain, and AI driven distribution as a beautiful way to connect others. He is an optimist and looks to Ed Catmull, Peter Diamandis, Tony Robbins, and Ray Dalio as his team of life coaches.

He’s worked on many projects including Star Wars, The Peanuts Movie, Ben-Hur & Narcos.

His calling in life came after he stepped away from the Mormon church, had his first child, and experienced ego death by tripping on psilocybin mushrooms. Several months later he overcame his own personal trauma through MDMA therapy.

Who is Garrett Hoyos?

Garret’s story didn’t really get interesting until after he got married. His career started off with achieving what he thought was his dream job but turned out to be not what he was hoping for.

After getting married and leaving his job as an animator, Garret moved to Canada, and from there China and then California. Over the course of his travels Garret learned that he had ADHD and how he needed structure in order to really thrive. He also discovered Bitcoin and blockchain technology, which led to him learning about virtual reality.

His experience with plant medicine, psychedelics, blockchain and AI are serendipitously interlinked in his life now.

If you are clinically depressed, the substance psilocybin which is derived from magic mushrooms, lifts the fog from your brain and clears out the addiction to being depressed.

There are a number of recent studies done on the effects of psilocybin on depression and PTSD which has led to plant medicine becoming a more accepted form of treatment. Magic mushrooms were previously listed as a Schedule 1 substance which prevented researchers from learning about it’s beneficial medical properties. Western medicine is opening up to the idea that psychedelics have medicinal properties.

Instead of taking an antidepressant once a day, someone can potentially take psilocybin once a year, or even once a lifetime and see lasting results.

When you look at the virtual structure into the blockchain and compare it to the physical structure of the way that mushrooms develop there are a number of similarities. Taking these substances allows you to see connections and insights that you can’t otherwise.

Sometimes science mimics nature, and sometimes nature inspires science. Even though technology is becoming more ubiquitous in our lives, there is a movement to reconnect with nature.

AI and VR are known as the spatial web and are the next levels of the internet.

Digital wellness and mental health are big focuses for Garret. He believes virtual reality will wake people up to the nature of their life. If we can build the core tenets of life and the human experience into new technologies like virtual reality and blockchain, we can put wellness ahead of profits.

The Future of the Blockchain and Virtual Reality

All these technologies are beginning to converge, over the next decade the majority of people will be working in VR, playing in VR, and living the rest of their life in nature. The rise of VR will bring a number of business and wellness opportunities.

Our phones already anticipate and help us understand what’s good for us. Technologies like AI, virtual reality, and blockchain have an incredible power to create changes for the better. The future is going to be democratized, decentralized, and digitized.

It’s easy to imagine the dystopian path that society could go down but it’s important to focus on the abundant and exponential future. In ten years your business will not look the same as it does now. Technology will transform everything that we do. Covid has actually accelerated the pace of the development of this technology.

If we can be present with what is great now, the future is going to take care of itself.

To prepare for these coming changes having a mastermind or a coach can be extremely helpful. Find a community that helps you see outside of your current perspective. Take in their contrary opinions and use that perspective to inform your own. Constantly adapt and try to get into your flow state as much as possible.