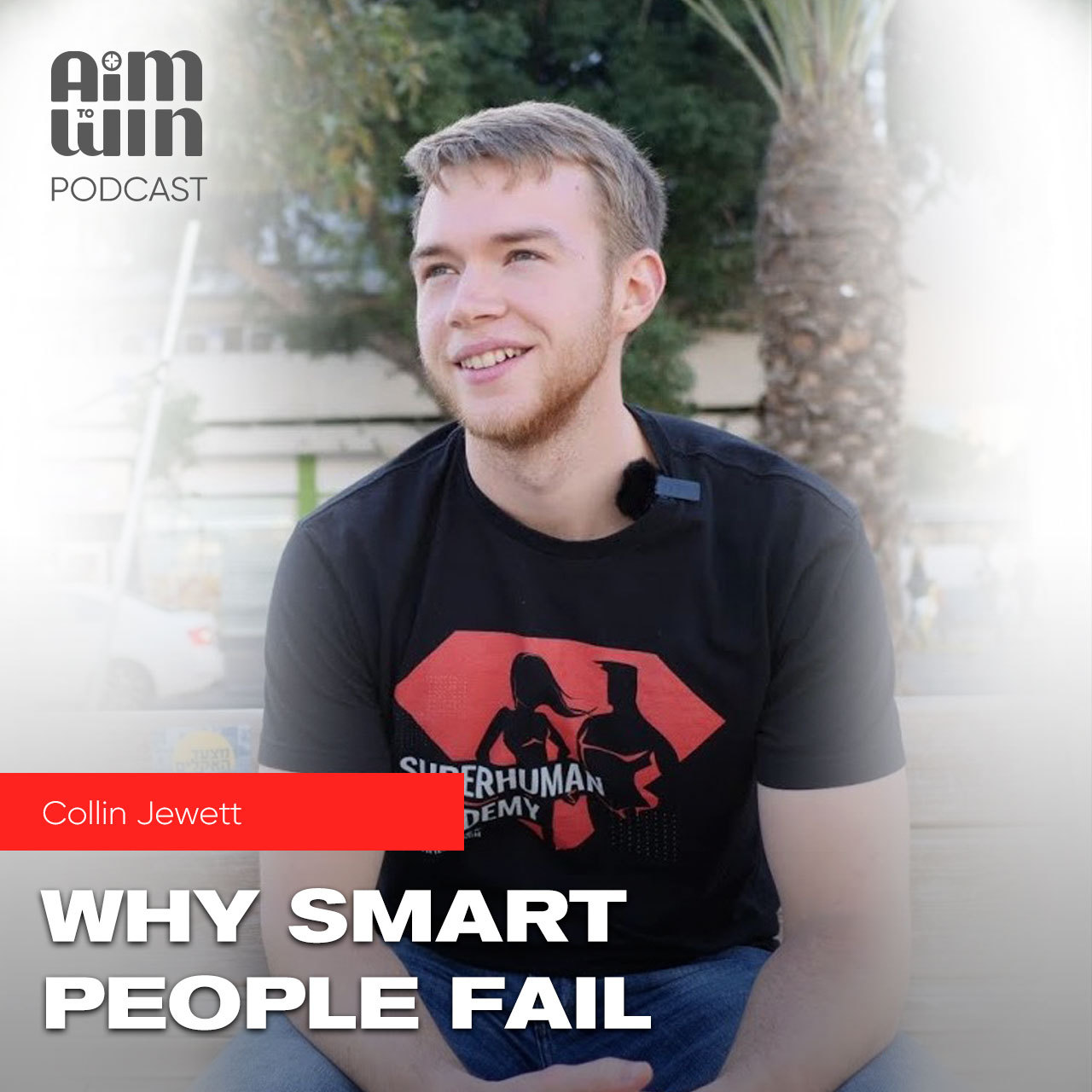 Collin Jewett hated school growing up. He was rejected at job fairs, failed tests, often felt stupid, and even cried in front of his guidance counselor. But once he discovered how to take charge of his own learning, he joined the Dean’s list, landed a senior engineering position out of college, and went on to become the director of coaching for a 7 figure eLearning company.

Since then, he has written two books on the joys of accelerated learning, helped executives, psychologists, and nuclear engineers become learning experts, married the love of his life, and embraced life in the mountains of Colorado. He is on a mission to share the love and joy of learning with as many people as possible and ultimately transform the education system.

Who is Collin Jewett?

Collin has a background in engineering but most of his time now is spent helping people accelerate their learning and be more adaptable in a changing world. He published his first book right after he graduated college, and that time in his life was a pivotal moment in his career.

He began by writing notes on what he was learning about the learning process while in college, with the thought that maybe his brother-in-law would be able to benefit from them, but after a conversation with a mentor decided to turn them into a book. The mentor challenged him to get it done in six months, and the process taught him that we tend to put up internal barriers and make things harder than they need to be.

The journey that Collin is on right now goes back to grade school. He always picked things up easily without studying too hard all the way until college, where he just couldn’t grasp things as easily. He recalls a critical interview at a job fair that kicked off changes in all areas of Collin’s life.

Jonathan Levy helped Collin understand that if you’re fighting your most powerful ally, your brain, you will fail.

Internal resistance is often greater than external resistance. The obstacles we face are not usually the reasons we fail, it’s being in conflict with our minds. If you don’t really understand what you want or what you are trying to achieve, it doesn’t matter how smart you are.

If you are actively working against your partner/mind, you are guaranteed to fail.

Building a Healthy Partnership with your Brain

The first step is making sure your brain is healthy. Entrepreneurs tend to be willing to sacrifice sleep, but you can’t do that because it directly damages the health of your brain. Same with sacrificing nutrition.

The next step is to address a lack of clarity. Most people think they just need to process more information, but that’s incorrect. The answer is not to get faster. One of the worst things you can do if you don’t know where you want to go is get a faster vehicle. You have to decide where you want to go first. It’s more important to discern the right information that’s relevant to your goals than taking in more.

People spend their attention like it’s unlimited but it’s not. Consuming information has a cost involved. Think about how much attention you are spending on things that are not moving you closer to your goals. Protect your brain’s resources just like you would any other resource.

Self-experimentation is an important step. Take stock of the things that you’ve consumed over the course of a day and then assess whether they are helping you move the needle in the direction you want. When you write things down it becomes very obvious where you are wasting your attention.

It’s also a good idea to track your energy over a couple of days. If you do that you’ll start to see patterns emerge.

If you’re not self-reflecting, it’s hard to find the alignment with what works for your brain.

If you have an abundance of attention that you aren’t spending frivolously all the time, life seems a lot less stressful and overwhelming.

People often find learning intimidating and unpleasant, but it’s often not because the topic is uninteresting as much as it’s your perspective. If you find learning challenging, think about what has made learning miserable for you in the past and what circumstances you felt went well and try to replicate those situations.